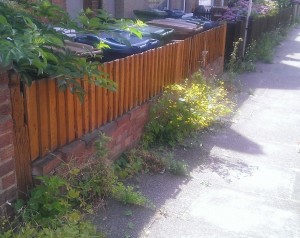 HCRA has called on Harrow Council to tackle the giant weeds that have taken over Rosslyn Crescent and neighbouring streets.

The weeds have been growing happily for many weeks, making the road look scruffy and unloved.

Several residents have complained to the association, which has contacted Greenhill ward councillors and raised the issue direct with Harrow Council.

Meanwhile HCRA members have expressed their disappointment after flowers planted to brighten up the road were stolen by callous thieves.

“It is really upsetting that someone would come along and dig them up.”