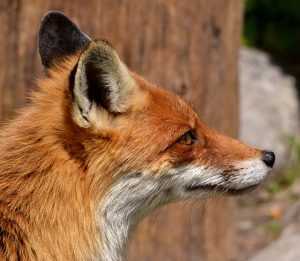 Residents have been urged to be wary after a spate of bite and run attacks on local people by foxes.

One incident saw a Woodlands Road resident get bitten in the calf by a fox as they were walking down the street.

On another occasion a fox attacked a man in his garden, biting him on the foot through his trainer and drawing blood, resulting in a trip to A&E.

He was told by doctors that this was the ninth fox bite they had treated in just three days.

Other neighbours in Woodlands and surrounding streets have reported foxes running straight at them and having to scare them off.

One fox surprised householders by sticking its head through a catflap.

Locals say they have been surprised to see foxes more often in broad daylight and commented on how bold they seem.

According to Harrow Council’s community safety team, foxes do not generally attack humans.

“But if it is cornered or surprised then they may bite in self-defence,” says an information leaflet on urban foxes.

“The fact that foxes often appear not to fear humans has more to do with familiarity and also the fact they know how slowly humans can move.”

The key way for residents to deter local foxes is to limit their access to possible food supplies.

This includes ensuring food waste is stored securely in containers such as wheelie bins and using proper bird feeders instead of just leaving scraps on the ground.

Meanwhile actively feeding foxes “can lead to foxes regarding your home as part of their territory”, says the factsheet.

“A fox that is used to being fed may approach people or even try to enter their house to find food,” it adds.

Or for more information and advice on foxes check out The Fox Project at www.foxproject.org.uk